It’s been a harsh winter for US auto sales. Some analysts are blaming the record cold weather in February, while others point to more traditional economic factors. Either way, February marked the beginning of the long-expected slow down of the US car market.

You know it’s a bad month when even SUV and truck sales slow down. New cars sales fell to an annualized rate of 16.8 million units in February, down from 17.3 million a year ago.

Nearly every major manufacturer took a loss in February, including Chrysler Fiat (down 2% YoY), Toyota Motors of North America (down 5.2% YoY), and Honda of America (down 0.4% YoY). Analysts estimate that GM, who also posts sales numbers quarterly, saw a 5.8% YoY drop in sales.

Many believe the record cold weathers – the so-called polar vortex – played a role in slow sales last month, but not all analysts are convinced.

“It’s easy to point fingers at anomalous factors like the polar vortex as the reason for a sales slowdown, but the numbers don’t show that’s the case,” said Jeremy Acevedo, manager of industry analysis at Edmunds. “Record-high interest rates and rising average transaction prices are what’s really putting pressure on the market and keeping car shoppers at bay so far in 2019,”

Despite the effect of cold weather, interest rates are a major factor in slowing sales. The Detroit Bureau reported that the APR for new vehicle financing reached 6.26% in February, compared to 5.19% a year ago. They also found that zero-percent finance deals made up just 3.22% of all offers versus 8.28% last year.

Other factors include the looming threat of Donald Trump’s 25% tariff on foreign vehicles. According to Reuters, “J.D. Power and LMC Automotive have estimated that tariffs could hit full-year demand by as much as 700,000 units.”

Looking Ahead to March 2019 Car Sales

Unfortunately, it doesn’t look like February sales are an anomaly. We expect to see the gradual slowdown continue through March, even as winter weather subsides.

Even if sales in March beat this past February, they are unlikely to outpace March 2018, when sales exceeded expectations with an annualized pace of 17.43 million units. It’s hard to imagine a bounce-back like that with the current state in interest rates and political climate.

“Shopping conditions are pretty unfavorable for consumers across the board, and even those with good credit are having trouble finding compelling finance offers,” said Acevedo from Edmunds.

What do slumping new car sales mean for used vehicles? As prices rise for new cars, more buyers are going to look for affordable used inventory. That window of opportunity, however, is also closing. “With fewer cars available as trade-ins or off-lease, the supply of lightly-used cars is also dwindling, which is likely to lead to higher prices for those too,” said Forbes contributor Ed Garston.

With car prices going up and sales trending down, dealers again face a tricky financial situation in March and in the months ahead. Inventory management is as important as ever. Dealers should employ best practices to increase their inventory turnrate.

Of course, surprises can happen at any time. Stay up to date with us every month as we analyze auto sales trends and get you prepared for the road ahead. Dealers and Consumers Benefiting From Our VINCUE Inspection Feature 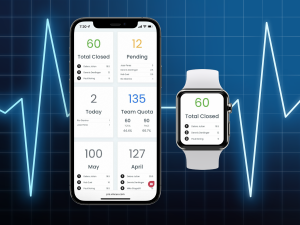 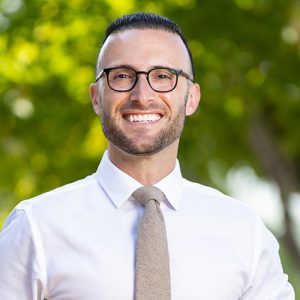 How to Buy 100+ Cars a Month from the Public 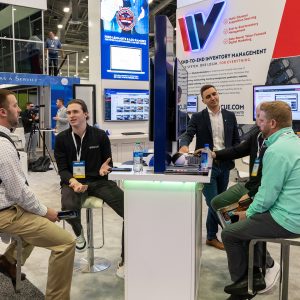 Everything VinCue at Digital Dealer 2022 in Tampa

Compete on value instead of just price by capturing more data about your inventory.
Learn More

Keep your gross and let your individual vehicles drive your inventory advertising.

Set yourself up to buy more cars from the public to earn higher gross per copy.

We get it, change is hard. But when you think about getting rid of multiple systems and replacing them with better data and better tools, maybe it’s worth a look. Let us give you a free demonstration of VINCUE and show you what your world could look like.

Created by dealers, for dealers, VINCUE is based on data and built for the modern automotive industry.

VINCUE is headquartered in Kansas City, Missouri, with customers all over the country. Contact us today for more information, current career opportunities, or sales and pricing information