The fast times of 2018 are still fresh in our minds, and despite predictions of a slower 2019, January came with a few surprises.

The Detroit Bureau has put out projections for January 2019 auto sales. These numbers give us context as we look towards February and beyond. Here are the highlights from the Bureau’s report:

January car sales have started strong despite projections of a slowdown in 2019. ALG predicts new car sales to be 1,157,796 in January, up 0.3% from this time last year. Edmonds’ estimates are a bit higher at 1.16 million.

The country’s biggest auto manufacturers – including Ford, Fiat Chrysler, Honda, and Hyundai/Kia – expect to have higher year-over-year sales this January, but Ford is expected to gain market share over the rest. Sales of the F-150 continue to buoy Ford and have given them their largest lead ever over their closest competitors, the Dodge RAM (Chrysler Fiat) and Chevy Silverado.

Edmunds also projects Tesla to sell 17,000 units in January, giving the electric carmaker a 1.5% market share. In used cars, Edmunds predicts 3.1 million sales for January, up from 2.7 million in December 2018.

Despite the strong start to the year, analysts and OEMs still predict auto sales to slow in 2019 for a number of reasons.

Globally, car sales are expected to fall in 2019 thanks in big part to China’s stumbling economy. Morgan Stanley expects vehicles sales to dip 0.3% in 2019 to 82.1 million.

President Trump’s threat to slap steep tariffs on foreign cars could dampen purchases as well, and not just on foreign brands. Even US manufacturers use foreign components, so nearly every brand would be affected. However, a trade agreement, recently proposed by the EU, could reconcile our differences and open up sales for foreseeable future.

In the US, lower than expected tax returns could also reduce sales. Because of changes in the tax code in 2018, many Americans failed to adjust their withholdings properly, which could result in smaller return checks. Cox Automotive predicts 16.8 million cars sales in 2019, compared to 17.2 million in 2018.

Given the uncertainty around global trade agreements and tax returns, it’s difficult to predict if or when the slowdown might come. However, unpredictable tariffs aside, we expect February sales to increase slightly, just as they did in January.

The biggest dip in auto sales might come as Americans start to file their taxes and realize their return will be smaller than expected. Tax filing picks up significantly in February and peak in March. We might see our first slowdown of the year in April, which historically enjoys a big boost in sales when consumers get their tax return checks.

Used vehicles will continue to see a surge of popularity this in February, as car buyers lose some of the incentives to buy new. Plus, thanks to an influx of “nearly new” off-lease vehicles flooding the market, used car prices will be too attractive for people to pass up. Edmunds estimates that 3.1 million used vehicles will be sold in January, putting year-long predictions at 39.2 million. That number is on par with record-setting used car sales in 2017.

While sales are expected to slow this year, the bottom line is that 2019 will still be a strong year for the auto industry. US car sales peaked in 2017, so it is not surprising that sales have slowed a bit since then. Sales should remain steady thanks to a strong economy and low oil prices (new tariffs notwithstanding).

Due to the uncertainty surrounding the auto industry, it’s more important than ever for dealerships to control their inventory and margins tightly. Dealerships should be prepared for the market to turn sour at any moment, which means getting the most out of every vehicle on the lot. 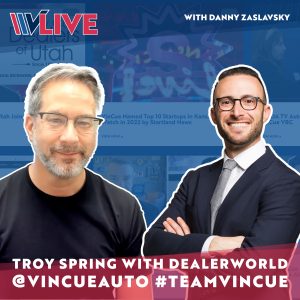 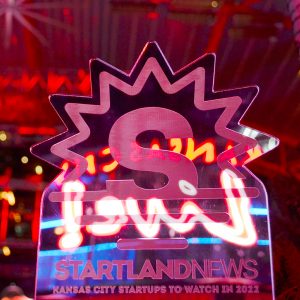 Compete on value instead of just price by capturing more data about your inventory.
Learn More

Automatically create beautiful ads and place them in front of shoppers ready to buy.

Set yourself up to buy more cars from the public to earn higher gross per copy.

We get it, change is hard. But when you think about getting rid of multiple systems and replacing them with better data and better tools, maybe it’s worth a look. Let us give you a free demonstration of VinCue and show you what your world could look like.

Created by dealers, for dealers, VinCue is based on data and built for the modern automotive industry.

VinCue is headquartered in Kansas City, Missouri, with customers all over the country. Contact us today for more information, current career opportunities, or sales and pricing information